In 2008, the anonymous Satoshi Nakamoto released his famous Bitcoin whitepaper - Bitcoin: A Peer-to-Peer Electronic Cash System with the goal of allowing online payments to be sent directly from one party to another without going through a financial institution and the entire payment system will be based on cryptographic proof instead of trust.

Fast forward to 2021, Bitcoin has undergone massive changes and updates that like it or not, got the blockchain to where it's at right now.

In this article, I explore the likelihood of Satoshi Nakamoto's original intent - for Bitcoin become a form of payment.

In order for Bitcoin to be considered as a form of payment, payment processing networks are an important cornerstone as businesses are unlikely to reveal sensitive information about their Bitcoin accounts or wallets to every customer (are you crazy?).

In the Visa Q1 2021 Earnings Call, Al Kelly, Chairman and Chief Executive Officer described cryptocurrencies like Bitcoin as “digital gold” that are “not used as a form of payment in a significant way at this point.” He described fiat-backed digital currencies, including stable coins and central bank digital currencies as an emerging payments innovation that could have the potential to be used for global commerce, similiar to any other fiat currency. "We think of digital currencies running on public blockchains as additional networks just like RTP or ACH networks, so we see them as part of our network of networks strategy," he said.

That's not to say that you can't have a credit card that allows you to pay using Bitcoin. For example, Visa worked with crypto partner, BitPay to launch the BitPay Card which is a prepaid card that allows you to load the card with cryptocurrencies and convert it into USD to spend. There are similar cards with Coinbase, Binance, etc. as well. Not all Visa-branded cards are launched through a direct partnership with Visa, since some go through an issuing partner. But all of them require explicit approval from Visa.

Let's talk about the ecommerce space.

In 2014, Stripe became the first major payments company to support Bitcoin payments. It was a very big deal at that time. However, in 2018, they announced that they were ending Bitcoin payment support because:

Similarly, Adyen, a Dutch fintech that processes payments for big tech firms like Facebook, Netflix and Uber says it has no interest in Bitcoin as a payment method.

In recent interview with CNBC’s Squawk Box, Pieter van der Does, the CEO and co-founder of Amsterdam-based payment processor Adyen expressed his concern about Bitcoin being used for payments given its volatility. In the same interview, Uber CEO Dara Khosrowshahi confirmed that the company will not be purchasing any Bitcoins. “We’re not in the speculation business. The upside in our company is our business that we build, not our investments that we invest in,” said Dara Khosrowshahi.

While Stripe and Adyen are out, we still have Paypal and Square who have announced that they will add cyptocurrency support to their platforms. At the moment, it's only possible to buy and sell Bitcoin on their platform, but these platforms have not made Bitcoin payments a reality yet.

Square was originally planning to add Bitcoin support in Square Cash so merchants could accept it without even knowing it - they would be able to convert that Bitcoin back to dollars using Square’s point-of-sale system. However, the company soon learned that was too difficult and went in another direction - buying and selling of cryptocurrencies.

Hopefully we will hear something positive from Paypal in the near future.

Crypto-focused players like Bitpay and Coinbase filled in the gap left by Stripe by offering Bitcoin payment capabilities through both API and platform integrations. In Singapore, the easiest way to do this is to set up an online store using Shopify which supports cyptocurrency payments through Coinbase Commerce, BitPay, GoCoin and CoinPayments.net. Do note that there may be other fees charged by Shopify.

In a nutshell, we can see that major payment processing players are finding it tough to make Bitcoin payment happen and I think we may most likely end up with being able to make cryptocurrency payments with stablecoins instead. However, it is indeed possible to use Bitcoin to pay for purchases, but it's going to mostly include an additional step of converting your Bitcoin to fiat currency for transactions.

Buying and selling entirely in Bitcoin eliminates the need to manage multiple currency accounts and all we need is a single Bitcoin wallet and we can accept and make payments anywhere in the world in a fast and secured manner.

However, we are nowhere near this crypto utopia and businesses are still using fiat currencies to price and value their goods and services.

Let's say an online clothing store based in Taiwan is selling their apparels online to a global customer base today. They would have sold their apparels in US dollars and be comfortable with keeping the revenue earned in US dollars because the currency wouldn't fluctuate too much against their local currency. Customers would pay for the foreign exchange fees if they were to pay with a different currency.

But if they were to start accepting Bitcoins as a form of payment for apparel purchases that's still priced in US dollars, they would have to convert the Bitcoin revenue back to their local currency (or US dollars) in order to mitigate against Bitcoin's volatility risk and wire transfer the money to their bank account for security reasons. Imagine selling $1,000 worth of apparels in bitcoin today and the price of Bitcoin goes down by 10%, wiping $100 of yesterday's profit overnight.

This additional step of converting Bitcoins to fiat currency incurs unnecessary wire transfer fees and foreign exchange risks and businesses will have to reflect this cost in their prices.

I believe it's possible to save on wire transfer fees by first converting the Bitcoin revenue into stable digital currency solutions (stablecoins) like Gemini Dollar (GUSD) that are fiat-collaterized and pegged at a 1:1 ratio to the U.S. dollar, followed by transferring the stablecoin to a hardware wallet at the end of each business day.

Here are a few businesses that are accepting Bitcoin payments, that's relevant to Singaporeans like you and me:

Honestly, there probably are a few more businesses who are genuinely accepting Bitcoin as a mode of payment today, but because the news coverage about these businesses are too old and it takes too much effort for me to investigate to see if they are still in existence and whether they still accept Bitcoin payments today.

We should also note that while it can be quite cheap to implement Bitcoin payment solutions for online stores using payment processing partners such as BitPay, it's very expensive for offline businesses to implement the same.

In 2019, Kopitiam forked out $500,000 to build an automated ordering kiosk system that accepts cashless payments, including cryptocurrency. Given that it's being used in just a single foodcourt, I imagine Kopitiam did this to rejuvenate their brand and position it as an innovative company.

We should note that there are also many other businesses who are using Bitcoin as a publicity stunt to get media coverage, position their brand in a better light in terms of innovations, or just simply trying to manipulate the crypto market. Some are just dying businesses hoping to get some media spotlight on them to get some customers through the front door while others are just rich people and companies trying to get richer in their attempts to manipulate investors and the crypto market by painting a rosy picture of Bitcoin being used anywhere and everywhere.

Consumers must be willing to spend Bitcoins

The biggest problem prohibiting Bitcoin from becoming a a form of payment is how consumers are looking at Bitcoin today.

I'm sure there are a few who truly understand Bitcoin and bought it for investment purposes but I dare say that a big majority of consumers buying Bitcoins today are doing it for speculative reasons.

In my opinion, anyone who buys Bitcoin today, wouldn't be buying it to make consumer purchases. Most would be for trading of cryptocurrencies while the rest would be buying to HODL in the hopes for Bitcoin prices to go up even higher to earn a profit.

Let's ignore the fact that most people are hoarding their Bitcoins for investment or speculation purposes, and assume there are still a good lot of consumers who genuinely want to use Bitcoin to pay for their purchases.

At the time in writing this article, the average transaction fee for a Bitcoin transaction costs US$24.17.

In case you didn't know, Bitcoin transaction fees are beared by the sender (in this case, the customer making the purchase).

That's almost the price of the tee shirt itself!

What off-chain payments are trying to accomplish is the concept that not every Bitcoin payment needs to be added to the Bitcoin blockchain. For example, imagine John pays 1 BTC to Mary, and then Mary pays 1 BTC to Peter. Instead of adding both of these payments to the blockchain, it is more efficient to just add a 1 BTC payment from John to Peter.

An interesting off-chain scalable solution that interests me is Lightning Network which operates as a second layer on top of the Bitcoin blockchain, taking transactions away from the main blockchain and making them off-chain. By doing so, it could de-congest the Bitcoin blockchain and reduce associated transaction fees. Off-chain solutions on paper, have their own pros and cons, but let's see what happens in the future when it becomes mainstream.

It's a chicken and egg situation between merchant adopting Bitcoin payments and consumers' willingness to spend Bitcoins.

What's clear to me is that it will take many years before I can head down to the supermarket downstairs and pay for my groceries with my Bitcoin wallet.

Then again, Satoshi may have thought that this was a problem worth solving in 2008, but fast forward to 2021 where digital payments modes are so prevalent, is it really a problem that needs to be solved?

Photo by Pierre Borthiry on Unsplash 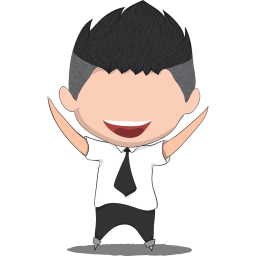